One thing that's for sure is that your chef does not see your hopes and aspirations.  He does not see your dreams and goals.  And he doesn't have to.  All the shit going on with him, how could he?  He has people to answer to, and a family, and and endless list of people to call back.  He's got his food cost on the brain, and a stack of special events to sort through, and did the schedule get finished yet?  So how do you fit into this list of priorities?

Like I said before;  you don't.  It's not that he doesn't care--he might if he had the time.  But the way things are going, it's on you to make things happen for yourself.  You need to know what you're working towards.  There has to be a goal, and an unwavering focus on that goal.  You have to believe in your cooking.  You need something worth fighting for.  And when I say fighting, I mean fists and elbows.

You need to be a true believer.  Have you ever been blinded by passion?  A girl or guy that made you so completely fucked up that your friends just couldn't understand?  This is the way you need to feel about your cooking.  Your craft should be sacred to you.  Let's face it, you don't have time to go to church...so if cooking is where you find "God", that's probably not a bad thing.  If you're not willing to make sacrifices on the way up, you might be doing it the wrong way.

Bukowski said this about writing.  You should feel the same way about the kitchen.

if you first have to read it to your wife
or your girlfriend or your boyfriend
or your parents or to anybody at all,
you’re not ready.

don’t be like so many writers,
don’t be like so many thousands of
people who call themselves writers,
don’t be dull and boring and
pretentious, don’t be consumed with self-
love.
the libraries of the world have
yawned themselves to
sleep
over your kind.
don’t add to that.
don’t do it.
unless it comes out of
your soul like a rocket,
unless being still would
drive you to madness or
suicide or murder,
don’t do it.
unless the sun inside you is
burning your gut,
don’t do it.

when it is truly time,
and if you have been chosen,
it will do it by
itself and it will keep on doing it
until you die or it dies in you.

there is no other way.

and there never was.

"Hey Merrell, have I ever told you that your ankles smell like Milk Duds?  And that Milk Duds are my favorite candy?  I ate them at the movies last night.  I like to pour them on top of my popcorn."
-Corey.  Not sure what to say about this one.

"A six pack of Pliny, and she has to make me a BLT afterward."
-Ponder.  Ladies, this is what gets him in the mood.

"If i'm still rocking that same look when i'm 50, just give me the Coming to America haircut."
-Paul.  Ponytail rocker.

Me:  If there was one person I could punch in the face, it would be Rod Stewart.
Corey:  What's wrong with Rod Stewart?


Me:  Corey, I have a coupon for a free Grand Slam breakfast for seniors.  I can't use it, do you want it?
Corey:  How about a foot in the ass?  You don't need a coupon for that shit, i'm giving it out for free.


Me:  Are Bolivian's fat?
Alejandro:  Very.  They barely fit on their goats. 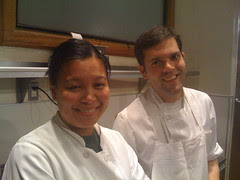 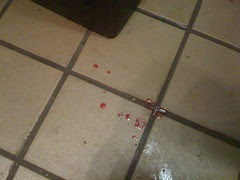 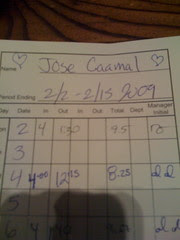 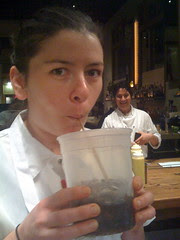 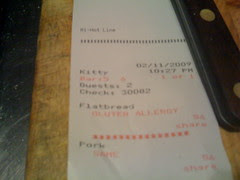 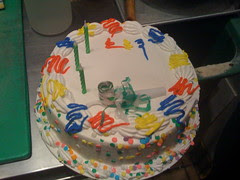 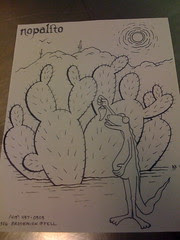 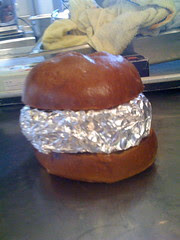 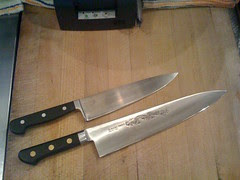 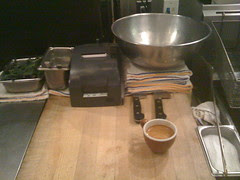 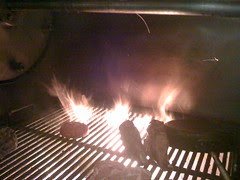 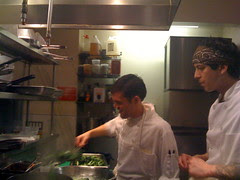 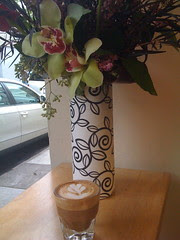 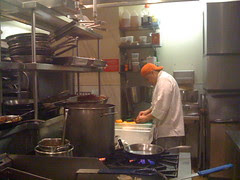 Thank you for always being the foot in the ass I need.

But not in a freaky way.

WORD! Keep the posts coming!:-) I love your passion and humor! My brother and husband are Chefs- so I'm familiar with the topic, but you really bring something special.

This is the best, most urgent writing on any blog. Keep on cooking.

flatbread "gluten allergy''
sardines "not too fishy"
"no touchies"

There should be laws. Seriously.

Coi was awesome. Best meal I've had in San Francisco. I'm actually planning on eating at Nopa for the first time Monday night. I'm looking forward to it.

i would also second that verse of writing to go with being in the sales industry. too many people just lob it up everyday and call themselves sales people.

i love the slaughter house pictures.

lc, just stumbled upon, great stuff. i added your link onto my blogroll. push on chef,
http://theculinaryaddict.com/

Love your blog; thinking of starting to stalk you.

Like the woman who orders an Eggs Benedict and sent her food back because she said she was "allergic" to hollandaise!

I love your blog and have added it to my own blog roll, at my blog can I say blog one more time?

Thank you for writing :D

This is one of my favorite blogs. Alot of awesome posts.

the note from bukowski was really inspirational, loved the from the farm post awesome, reading here is great im entertained and learn a little about the chef and restaurant life. thanks

Ok, I have to ask - how do you tell if a rabbit is diabetic?