I'm sitting there, trying to enjoy my dinner, and I can hear it. A sound that makes my ears perk up, my heartbeat increase, and my pupils dialate. No one else that i'm with hears it--between the sounds of plates being stacked, diners chatting, and and music playing softly in the background, how could you? For me, it's programmed, deep in my brain. The sound of a ticket printer. One of the most unique, screaming, ugly sounds in the kitchen. It's like a continuous loop, sometimes quick, sometimes long, but always demanding your attention...because at the other end of your printer is a POS with a cranky waiter who is trying to please a difficult guest. And once that ticket is in your hand, the countdown has started.

Being the expo usually means a few things:
Unless:

The idea, as the expo is to pace the whole evening out. You get a unique chance to try to push really hard (and possibly wear your cooks out) or to let the cooks determine the pace. (and possibly get far behind and eventually crash and burn.) You have to be able to speak, and make unpopular decisions, and let a cook know where their place is should things turn ugly. It means you are constantly counting--how many lamb racks are left, how long until that well done burger is done, and how many more chances your pantry cook gets before you tell him to go home and get his shit together. A good expo is able to befriend and dominate their staff all at once. They use the same language, all the time. They defend their kitchen when necessasary. And they can critique a cook without demolishing their confidence.

A bad expo just plows through the evening. They become a slave to their emotions, or fears, or the printer...or often they bow to all three. Tickets get lost, cooks get blamed, and at the end of it all is a mess of sweaty, mentally spent bodies that look at this person as the enemy. Going into another service with this person seems unimaginable. Their fear permeates the whole kitchen, and the poison from this fear turns into distrust, which leads to dissent, and eventually the dismantling of what could've been a strong crew. You look at the ruins of a bad night and have an endless list of 'where it all went wrong,' but no solid way to fix it.

Expoing isn't a privelege, it's an honor. It's an absurd amount of power and responsibility...and at the end of the night you need to be looking at what was good and what wasn't, and already be formulating your plan to be faster, smarter, better. You owe a debt to your chef, and also to the cooks--who will remember you down the line as a person who helped them become better. And in the end the collected knowledge you gain from working that printer will make you a more complete chef...and will make the cooks that you called tickets to want to follow wherever you go. 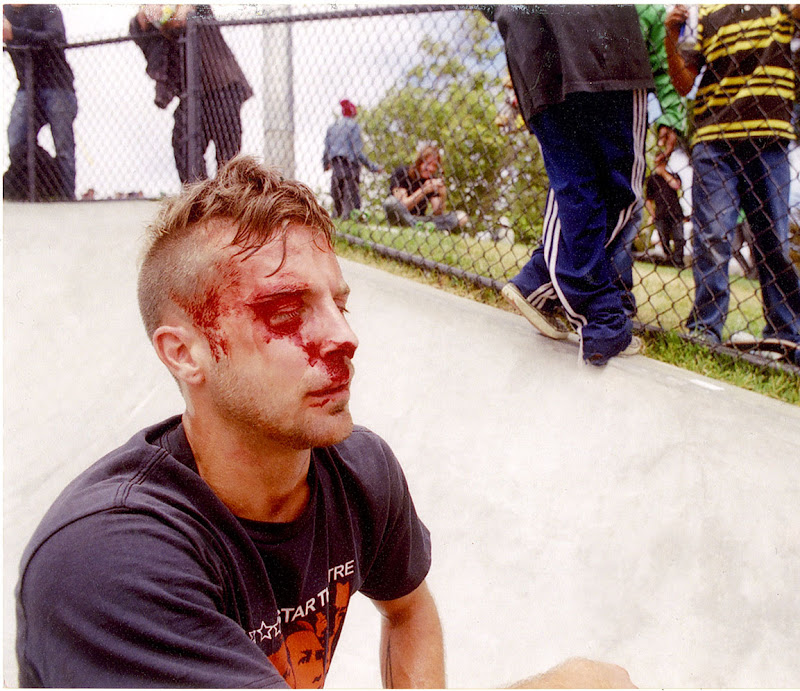 "You see how fast I was? Like a balloon person!"
-Amy, who makes foil sculptures very quickly


"Yeah, it's called Bar 821 because that's what time it closes."
-Paulie. Used to drinking in NYC


"Don't do bong rips then do your taxes."
-Corey. Financial specialist.


"Hey dude, tommorrow when you come in make sure those sideburns are trimmed up."
-Corey. Standards keeper.


"You know what? Just pour it all over my ass."
-Merrell. A gal who loves her desserts.


"I'm compiling a list of songs that should never be played at a wedding. And this one's on there with White Wedding and I Touch Myself by the Divinyls."
-Amy. Wedding DJ.


"I was waiting for her boyfriend to go to the bathroom."
-Kaamal, who knows a lot of cute girls.


"Hey dude, it's got a milfy Susan Sarandon, a hot young Gina Davis, and a hunky Brad Pitt."
-Corey, who enjoys Thelma and Louise.


"You can do this with harnesses."
-Amy, who thinks sex in outer space would be easy.


Hanak: Are you one of those tweekers?
Me: Twitter?
Hanak: Yeah.


Me: Are you gonna go to the movies with Al?
Corey: I'd rather take a sharp stick in the eye from Christian. 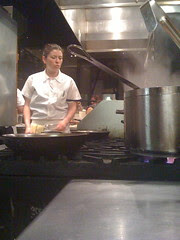 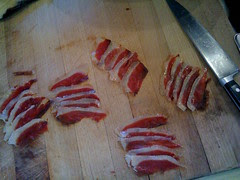 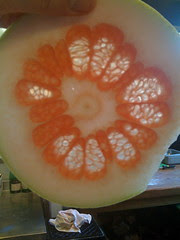 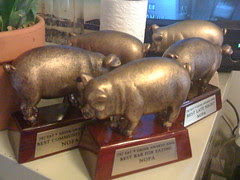 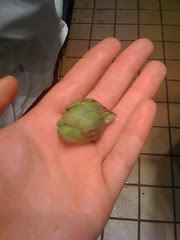 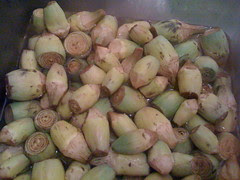 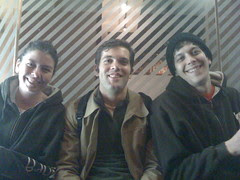 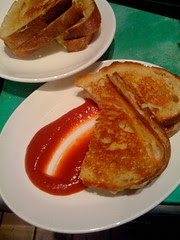 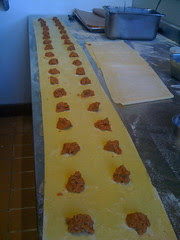 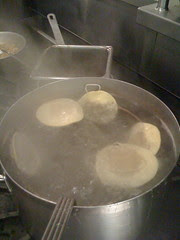 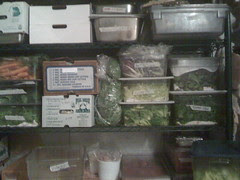 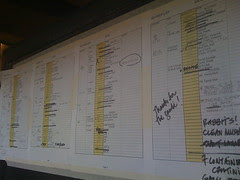 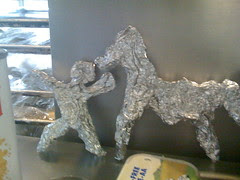 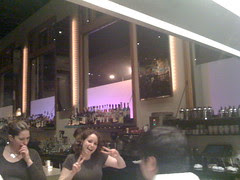 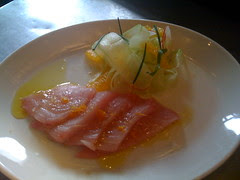 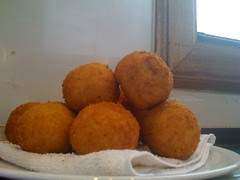 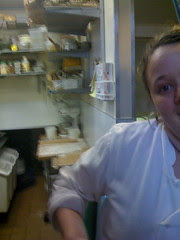 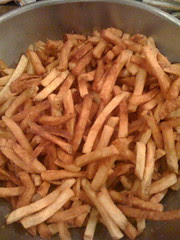 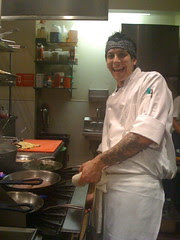 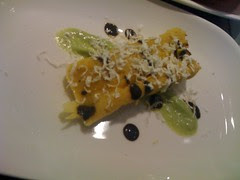 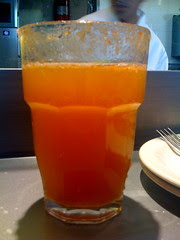 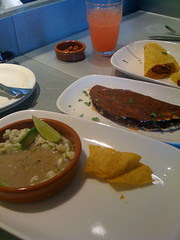 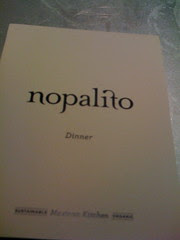 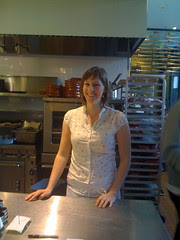 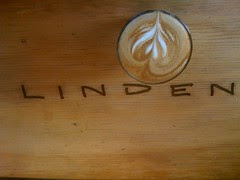 hello.
your blog is amazing for many reasons. but mostly for its ability for it to seem like you are peeking into my kitchen and talk about exactly what is going on. come to think of it... its actually kind of creepy.
at any rate, thank you very much for your words (a lot of which are manifestations/confirmations of my own thoughts).
and lastly: yes! i would absolutely download a podcast, as would all of my crew that ive shared your blog with.

pCan't get enough of the foilart! Ass kickin Blog... Came here on a recco from Ruhlman. So damned glad I did! Thanks for all the great reading!

Your blog is now an official addiction. I kept checking for the latest post starting Friday afternoon even though I know it was way too early. I'm a central time zone person so even late into Saturday evening I was still clicking the bookmark. Of course people would follow a video post of you and friends talking food. One more thing for me to wait for with bated breath. Thanks for the great insight and inside stories.

i would definitely download the podcast. corey seemed to bringing his quotable a-game this week.

Absolutely do a podcast, I'd be psyched to hear some good food (or not) talk that is representative of the smart people in our business.

I would definitely listen to the podcast :)

Thanks for sharing your insight with us. I think a lot of people think cooking is easy. Sure, I'm good at it in my own kitchen. But what you do is hard and I think it's good that people get to see that side of their dining experience. I remember it when I dine out. I remember what you tell me and I try to be a better customer.

one day while i was in school, i fucking DESTROYED the blade on my chef's knife by breaking down and frenching lord knows how many ducks. i spent the last hour of class working the coarse stone like a madman, trying to get a serviceable edge back for work (i went in right after school).
when i sliced up my first order of mozzarella, my knife just fell right through and stuck in the board. success.

also, not to be a dick, but that looks awfully pink to be an oro blanco...y'sure it's not a pomelo?

I am a fireman, and the sound of the bell going off has the same effect as the sound of the printer when working as you've described. We live by the bell, it increases your heart rate, b/p and such, no matter how long you've been on the job.

Keep up the good work.

If your podcast would be anything like your blog then i would personally listen. I personally am i big fan of watching services, there is something about the controlled chaos that interests me. So maybe every so often you could do a video cast of service which would add a different dimension to the media enterprise you are creating.

haha so true, i hate being the printer's bitch. there are times i love working a prep shift off the line, just so i can tune out the printer chatter.

and please do a podcast, you'd have a kitchen full of guys from nashville listening for sure

Really enjoy your blog... love reading anything to do with the restaurant industry. That picture of sashimi literally made me salivate upon sight. Amen to that.

ps
Since you're 415 and all. Do you watch Top Chef? What're your thoughts on Jamie?

Dude: Your "dismantling of the crew" paragraph rings so true it's sad. Alienating the cooks is so incredibly easy that one bad expediter -- even if he manages to get everyone through the night or several nights -- can, in the long term, bring a whole restaurant down.

Also: sticking to the cutting board should be a given. You know your knife is sharp when you can't tell if you cut your chives 2 minutes ago, 2 hours ago or 2 days ago. I've only met one or two cooks skilled or obsessive enough to get their edges to this level. Both of them were trained by Japanese guys.

Your blog is crack. I learn so much each week that I get twitchy when Friday rolls around. And that duck proscuiutto is a most beautiful thing.

podcast would be kool, esp if you manage to keep the spirit your blogs maintain...