I smell like smoke and onions and garlic. My arms ache, and my right knee is swollen. Tiny cuts dot my fingers, and my tattoo has new purple accents, thanks to some new burns.

Its the happiest ive been in a long time.

About a year ago, the GM at PAV asked me what I thought the best restaurant in town was. I think he was trying to get a feel for where the managements priorities were at. Most gave four stars as their answer. I said Nopa.

Nopa, short for "North of the Panhandle" is a five minute drive from my house. They serve almost exclusively local, oraganic, and seasonal produce. "The chart" is huge piece of construction paper in the office there, detailing the 40+ farmers and various markets the restaurant visits weekly. I've been going there since they opened, as they serve dinner until 1am for the full menu. I wrote in my old blog about their burger, and about how I thought it was the best ive ever eaten. It felt (and feels) like home.

This past December I was eating there, and a manager approached me and asked if he could give the chefs business card. He asked me to give him a call about a sous position. I did. We met a couple of times, I did a trail, and accepted the job.

These past few weeks i've been at Nopa at 7am...learning all the recipes, prep, and seeing the transition into dinner. Tonight I make the switch to nights. I feel like a kid before Christmas. Like the cooks there say, "Awesometown."

Sous vide and hydrocolloids have been put on hold for a bit. Wood burning grills and ovens are the next tools to learn. Everything is done slowly....everything is tasted, and everyone gets a say. It's a happy place to be.


Much more to come, and thanks to everyone who asked where I was going and wished me well. Pictures below of Nopa are via Flickr. 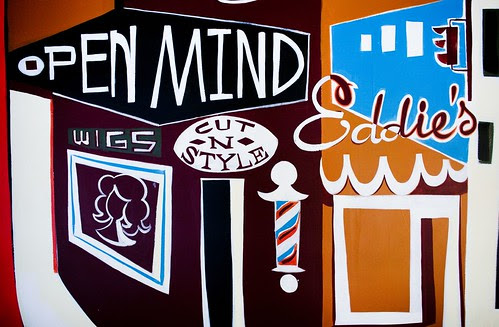 Part of the Nopa mural. 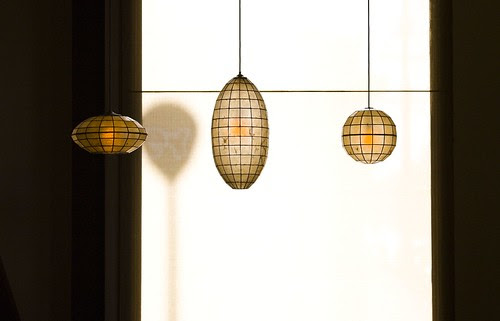 Lights over the community table.

Chef-I've been following your blog for awhile now and have been enjoying it. We live in NOPA and frequent the restaurant, in fact we were there last night. All I can say is that I have never been let down at NOPA. I think that the giant white beans is one of my favorite all time dishes ever. Keep up the good work, glad to hear that you have joined the team.

RN! it's so great to hear you so happy. it's a pure, unadulturated, over-thought happiness and that's what the kitchen is about when it's just going going going. I am happy for you. and the world is small because I now know 3 people in that kitchen!

so much cake so little time said...

i've been wanting to check out nopa for some time...reading this post brought it back to the top of my list.

so much cake so little time said...

Congrats! I can't imagine anything better in life than feeling like you are exactly where you were meant to be. And damn you've made me insanely hungry.